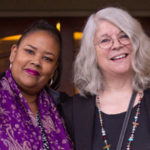 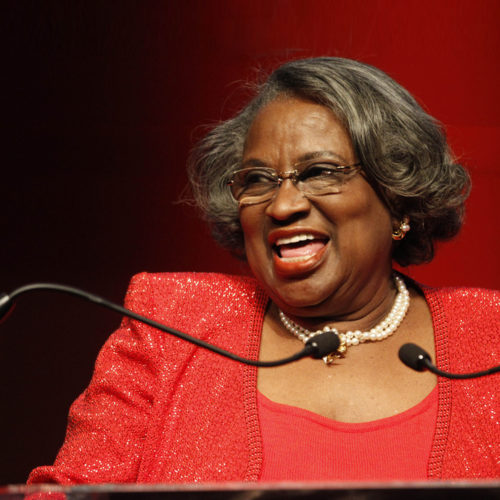 As a foot soldier in the Civil Rights Movement, Juanita Abernathy participated in all of the pivotal protests of the era. She helped rally the black community in Montgomery, Alabama as her husband Rev. Ralph David Abernathy and Martin Luther King Jr. led the Montgomery Bus Boycott (1955-1956). She remained fearless in the face of relentless death threats meant to stop her and her husband’s activism. In January 1957 while her husband and King traveled to Atlanta to establish the Southern Christian Leadership Conference (SCLC), Juanita Abernathy and her infant daughter miraculously survived the bombing of their home by white supremacists. Abernathy continued her activism when she and her family moved to Atlanta in 1961. She worked to spur school desegregation in the city by enrolling her children in independent white schools. She accompanied her husband to the 1963 March on Washington and walked with him on the frontlines of the Selma to Montgomery March in 1965. In 1966, Abernathy and her husband, along with Martin Luther King Jr. and his wife Coretta, resided in a Chicago slum to protest housing conditions for African Americans in what was then the most racially segregated large city in America. In recent years, Abernathy has traveled around the world speaking about her late husband’s leadership role, her own experiences in the struggle and urging others to continue the fight for justice and equality.

Juanita Odessa Jones was the youngest of eight children born to Alex Jones, Jr. and Ella Gilmore Jones. Her father, a prosperous dairyman and cotton farmer taught his children to value education and never bow to racism. Abernathy met her future husband, Ralph David Abernathy, when she was a ninth grader at a boarding school for blacks in Selma, Alabama and he was an Army serviceman. The two married in 1952 after she earned a bachelor’s degree in Business Education from Tennessee State University and became a high school teacher. The couple raised four children.

Abernathy serves on the Board of Trustees for the Morehouse School of Religion. She is also on the board of directors for the Metropolitan Atlanta Rapid Transit Authority (MARTA) and the Atlanta Fulton County League of Women Voters.